Bones of Civil War dead were unearthed at the Manassas National Battlefield Park in Virginia in a shallow pit that also contained the skeletons of two fallen soldiers. The National Park Service, which administers the battle site, announced on Wednesday that archaeologists discovered the remains in a “limb pit” where amputated legs and arms, and dead soldiers, were entombed during the August 1862 battle that saw the defeat of Federal forces by Confederate troops of the Northern Army of Virginia under the command of Robert E. Lee.

In the limb pit were found the skeletons of two soldiers, plus the severed arms and legs of as many as 11 more soldiers. Experts believe that the discovery is extraordinary. For example, a Park Service archaeologist found that the thigh bone of a fallen Federal soldier still had a bullet lodged in it. 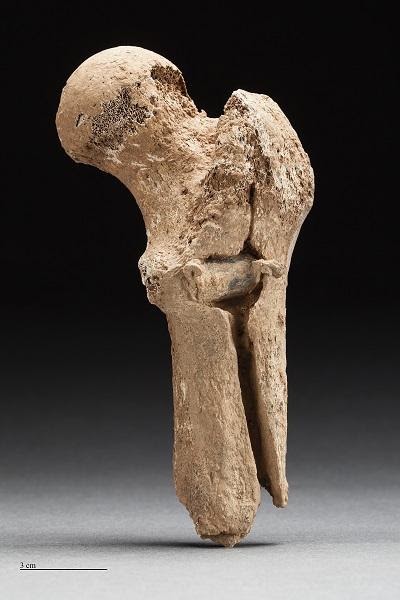 Two soldiers, who the archaeologist dubbed Burial 1 and Burial 2 had been placed side by side in the limb pit, while the severed arms and legs of their companions were carefully arranged next to them. Burial 1 had the bullet lodged in the thigh. Burial 1 was probably put in the pit first, and followed by Burial 2, who was partially on top. The bones were buried about one foot deep. It was thus that farm plows over the year had taken away the skull of one soldier and damaged the skull of the other.

Experts from the Smithsonian Institution studied the wounds found on the two soldiers, as well as the saw marks left behind by surgeons sawing on the nine severed legs and two arms. The identity of the two soldiers is unknown. However, tests have shown that they were Northerners. Burial 1 soldier was probably in his 20s and stood about 5 feet 7 inches tall. No clothing was found with the remains. Burial 2 was buried with his service uniform. Four eagle-imprinted buttons were found in the pit with the skeleton. He was probably in his 30s, and stood about 5-foot-5. 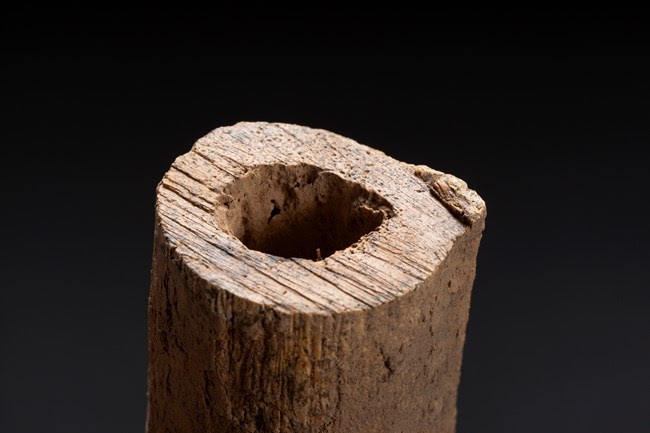 Upon examination, the bullet that was lodged in Burial 1 was fired from an Enfield rifle musket, imported by Britain and commonly used by Confederates. A large ball struck the upper right arm, a smaller ball hit the groin, and another one struck near his right shin. Several of the bullets  found in the ground near him. The two men may have died during a doomed assault on Confederate forces that had formed a defensive line at an unfinished railroad cut at the top of a ridge.

In August 1862, the Second Battle of Bull Run was then the greatest battle ever fought in the Western Hemisphere, involving nearly 125,000 combatants. The forces of the Union and Confederacy contended from Aug. 28 through 30, 1862, and over some of the same ground that was covered during First Battle of Bull Run of July 1861, just months after the Civil War began. The Confederate attack near the end of the battle was, according to experts, the largest massed infantry assault on either side of the entire Civil War and one in which the Union forces had little chance of victory. 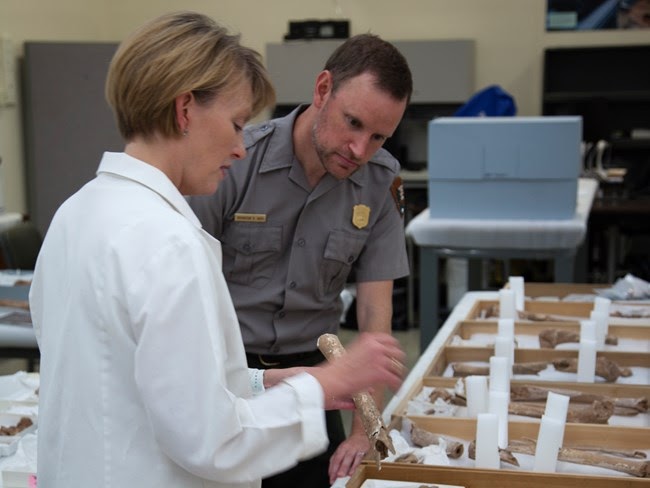 About 1,200 Confederates and 1,700 Union soldiers died in the battle. Of Confederates and Union troops, 14,000 were wounded. After the battle, thousands of wounded were left to suffer on the battlefield. More than 20 years later, survivor John Slater wrote about his wounds of August 30, 1862:

“The missile, a large sized Minie ball, struck me in the throat, close alongside the “Adam’s apple” (about five inches below the left ear), passed between the windpipe (which it grazed) and the jugular and carotid veins and made its exit at the back, a little lower down, between the spinous processes of the fifth and sixth cervical vertebrae, which it fractured. The blow benumbed me, as a matter of course, and the blood gushed in hurried jets, responsive to the throbbing of my heart, as I fell, covering my face, getting into my eyes and mouth as I gasped for breath; but yet, wonderful as it may seem, I never lost consciousness. On the contrary, my mind appeared more keenly active, although for a moment the sense of sight failed altogether and sounds were confused as if I were in the midst of a hurricane.” 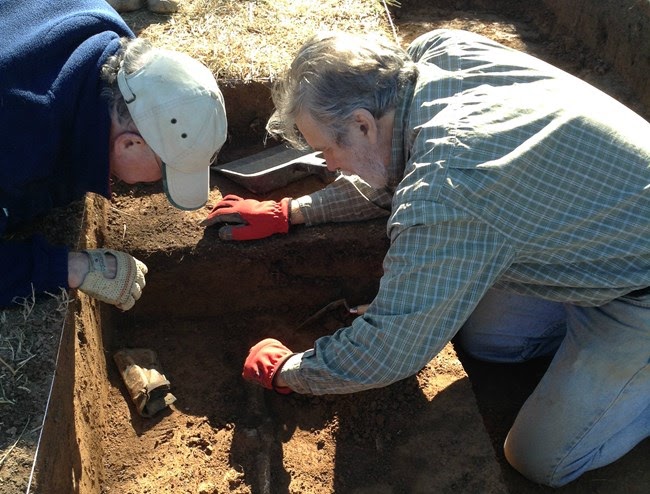 Slater managed to stagger to a field hospital near a house now known as the Lucinda Dogan house. He later wrote:

“From the [illegible] we had vainly attempted to take I made my way to the farmhouse of the Widow Dogan, where, beneath the shade of the fruit and other trees surrounding it, the surgeons were at work at their bloody but merciful trade. It was only a trifle over a mile distant, but it took me all of an hour to traverse the intervening space. Several times I was on the point of giving out; the exertion of walking caused the wound in my neck to bleed afresh. I grew faint, a slight nausea set in, but the prospects of relief cheered me and I persevered [ill.] succeeded. By this time the wound in my neck had become by rapid increase one festering mass of maggots, some of which, ever and anon, went rolling down inside my clothing, which I had loosened, their cold, bloodless, squirming bodies producing no agreeable feeling as they came in contact with the bare skin.”

Slater saw "the surgeons were at work at their bloody but merciful trade," under the shade of the trees, as they amputated the right arm of a Union soldier whose elbow had been smashed by an artillery barrage. The wounded soldier had declined anesthesia and after the severed arm was placed in a "ghastly heap of shattered limbs," he “placed it . . . to his lips, kissed it, and saw it no more," Slater wrote. 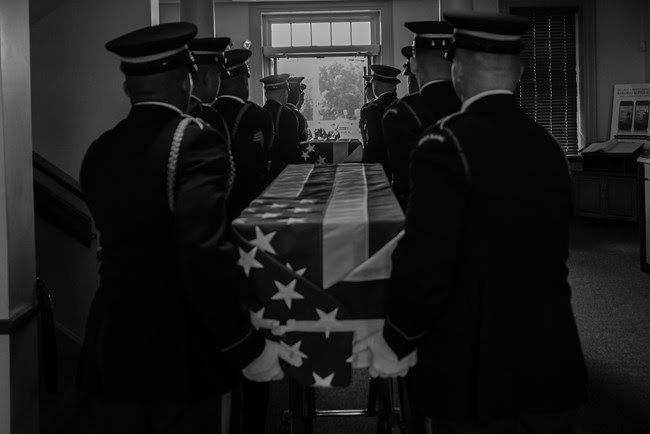 Evidence of the limb pit was discovered in 2014, but it was not fully examined until 2015. Tiny bone fragments uncovered by the utility digging were taken to the Smithsonian's National Museum of Natural History, and determined to be human and showing evidence of amputation. Further research may reveal the names of the two soldiers. Their remains were tranferred by the National Park Service to the Army on Tuesday. The will be the first burials in a new section of Arlington National Cemetery that will open this summer. Their coffins will be built with wood from a tree taken from the battlefield.