California to pay doctors to teach teenagers how to die

If the California  death and dying crowd has its way, in the future, on your child’s 18th birthday he or she will celebrate the event with a trip to a doctor’s office to have The Conversation on how and when to properly end one’s life, and California MediCal may well pay the doctor for having the conversation.
This little paragraph was removed from the Affordable Care Act when Sarah Palin labeled it Death Panels, but now it is appearing in state legislation.
In California this plan is already formulated in legislation and on Governor Brown’s desk awaiting his signature. It is AB 2139 by death and dying advocate Assemblywoman Susan Eggman, entitled Patient Notification.
The bill calls for using MediCal to pay a doctor for discussing end-of-life treatment when a patient receive a diagnosis of a chronic or terminal illness. It further requires the doctor or health care person, to hand the patient a POLST Palliative Care only form along with instructions in how to fill it out.
My local newspaper carried an article entitled “Earlier, better care urged for end of life.” The article is a report on an Institute of Medicine paper which includes the suggestion that one should begin having discussions with family and doctor beginning at age 18 on the subject of how to best plan for your end of life.

The reporter writing the story, Lisa Krieger, is an activist in the death and dying lobby and is once again using the freedom of the press to tout her own agenda. Two years ago the San Jose Mercury News allowed publication of a 10 part series written by Krieger, on the Cost of Dying.  This was followed by several appearances in the area touting the Physician Orders for Life-Sustaining Treatment, or, the POLST form.
The article quotes a Dr. Philip Pizzo, former dean of Stanford University’s School of Medicine and co-chair of the report, as saying: “It is our hope that this report will lead to improvements in end-of-life care and the experience of dying for all.”
Have they found some way to return someone from the grave to tell us how wonderful it was to die by a government approved and funded process?
The report continues by recommending that federal and state governments and private insurers create financial incentives for patients and clinicians (note: it’s clinicians, not doctors) to discuss end-of-life matters, document patient preferences, and provide appropriate services and care.”
They further recommend not only having this conversation once, but several different times at “milestones” of life, i.e., getting a driver’s license, turning 18, leaving home or marrying.” 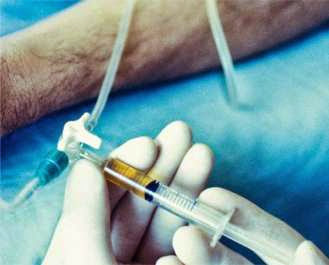 I can just picture this:  Husband and wife are celebrating their second anniversary. Husband says to wife, I know what let’s do tonight. Let’s have, over that celebratory drink, that Conversation about dying?  I’d throw him out of the house.
A Dr. Miller  of San Francisco’s Zen Hospice declares that “there is unnecessary and gratuitous suffering.”  He’s actually talking about “futile care.” This is an accepted term in certain medical circles meaning that there are some patients for whom it is a waste of time and money to even think about curative care for someone’s illness. They are too old, too ill, too low-income, too unessential to society, etc.
Following the 1973 Roe v Wade Decision and debates on who was going to pay for these approved abortions, Then first time Governor, Jerry Brown, declared that California would pay for all its abortions which our state has continued to do. Now, Second-Time around Brown, is saying that, according to AB 2139, California taxpayers will pay the doctors to have the end-of-life conversation as well.
Seems like Brown is in a rut, doesn’t it? California, like so many states, is actively planning everyone’s life for them.  Not everyone who gets conceived is allowed to be born. Not everyone who becomes a parent will be encouraged to actually raise their child. The school will do it for them beginning at least by age 3. There is a mandatory kindergarten-before-first-grade bill also awaiting the Governor’s pleasure, AB 1444 by outgoing Assemblywoman, Joan Buchanan.
California follows the national Nutrition for all legislation and school children are instructed in eating healthy. The Common Core process Trains students for workforce placement when they graduate. And, now, we are all to be instructed by professionals in how best to die.
Now, it’s not your kids or your neighbors  being monitored by government lackeys, its you.  Do you want government bureaucrats planning your after retirement years?
Contact Governor Brown to urge a veto of AB 2139, now.
Camille Giglio is a freelance writer who resides in California.