Guaido was symbolically sworn-in and declared himself as interim president before masses of anti-government protesters who demanded the resgination of Maduro today. Protesters also set fire to a statue of Hugo Chavez. 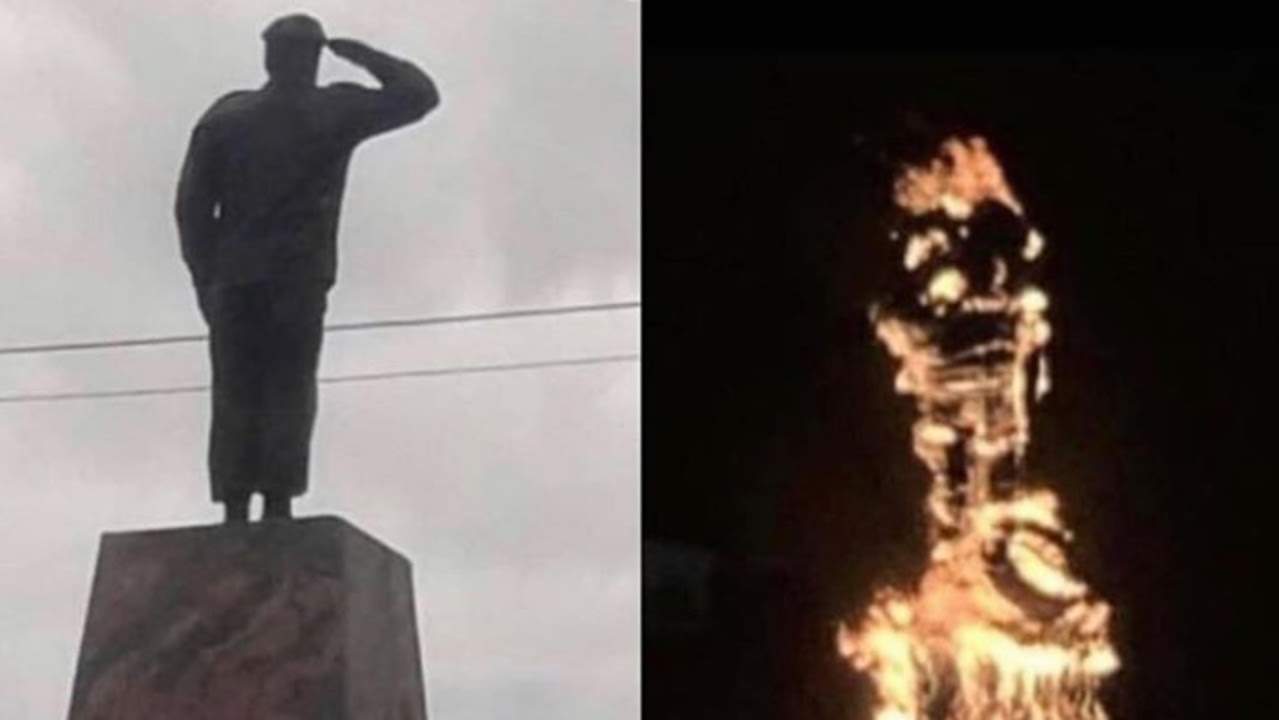 In a statement from the White House, Trump said "The people of Venezuela have courageously spoken out against Maduro and his regime and demanded freedom and the rule of law." Trump said he will use American economic and diplomatic power to press for the restoration of Venezuelan democracy. Venezuela has declined economically and politically since Hugo Chavez was elected in 1998 and nationalized major industries and instituted price controls over the years. When Chavez died of cancer in 2013, he selected Nicolas Maduro as his successor who continued Chavez's takeover of private industry and media.

Trump asked other leaders to follow the United States and press for the restoration of Venezuelan democracy. "We continue to hold the illegitimate Maduro regime directly responsible for any threats it may pose to the safety of the Venezuelan people," Trump said. "As Interim President Guaido noted yesterday: 'Violence is the usurper’s weapon; we only have one clear action: to remain united and firm for a democratic and free Venezuela.'"

Senator Bernie Sanders, who is speculated to run for President again in 2020, was an early supporter of Hugo Chavez. In 2011 he wrote in an editorial that "the American dream is more apt to be realized in South America, in places such as Ecuador, Venezuela and Argentina, where incomes are actually more equal today than they are in the land of Horatio Alger. Who's the banana republic now?"

In 2016, Maduro praised Sanders when he ran against Hillary Clinton for the Democratic Party nomination for President. "Bernie Sanders, our revolutionary friend, ought to win in the United States,” Maduro said during a televised broadcast. "If the elections were free ... Bernie Sanders would be president of the United States," he said. Sanders has not responded publicly about the current protests.

Spero News reached out to Senator Sanders for comments but did not hear back in time for publication.