The obfuscation of the New Evangelization

If the bugle gives an indistinct sound, who will get ready for battle? I Cor 14:8
A few weeks ago, an elderly man who had lapsed from the practice of the Catholic Faith, summarized his reason for leaving by saying, “Father, let me know when the Catholic bishops finally decide what the Church really teaches”. He had earlier expressed dismay at how quickly Church leaders sought to appease dissidents and how slowly they sought to please God. He gave the example of how quickly the US Conference of Catholic Bishops was willing to change the words of institution from “for all men” to “for all”, in order to appease radical feminists. In contrast, it took over four decades for them to concede that pro multis means “for many”, not “for all”. He went on to point out that The Roman Catechism specifically addressed this issue over four hundred years ago. Yet the Vatican chose to ignore this clearly delineated teaching in order to approve translations of liturgical texts that tended to prioritize relevance over Revelation.
The man also pointed out his consternation over the current HHS-USCCB controversy. The bishops cannot even agree among themselves that it is sacrilegious to abuse the Eucharistic Christ in order to give spiritual encouragement and consolation to those who pro-actively pursue policies promoting the brutal murder of pre-born children. Yet they are afraid of desecrating their insurance dollars to help pay for the allegedly divinely sanctioned practices of contraception, abortion and infanticide. If our liturgical praxis is thus affirming that Christ Himself, with His own Body and Blood, is regularly ratifying the agendas of those promoting such practices, why should we make a fuss about our insurance dollars supporting those same practices?
The gentleman had several other major points of concern. But the pettifoggery of subtle theological distinctions was inadequate for dispelling the fog of consternation that enveloped his soul. In the end, he could only sadly conclude that the Church militant had incrementally become the Church milquetoast, and that its hierarchy had, by the same gradual process, embraced theological, liturgical and pastoral policies, which curbed the fervor of fidelity for the sake of catering to the demands of secular expediency. 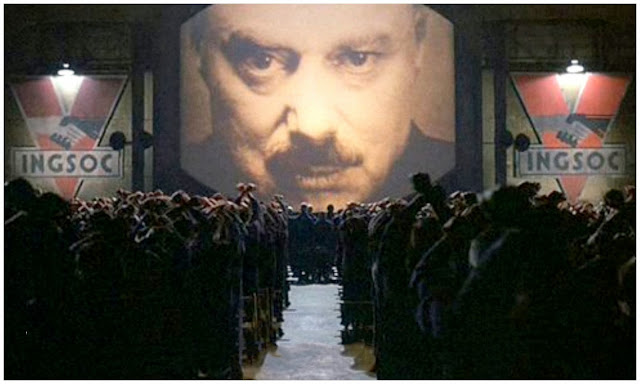 This man’s honest assessment of the current condition of the Church brought me up short. It especially led me to look more carefully at what is the true meaning of the New Evangelization. Specifically, it led me to think back to the idea of Newspeak in George Orwell’s prophetic book, 1984. By the technique of Newspeak, the government, Big Brother, sought to expunge the language of the sacred from society’s language and thought processes. So it is that the forces of secularism have gradually seduced many, even among our Church leaders, to forsake the Gospel of the Cross of Christ for the sake of the new gospel of expediency and capitulation to the demands of comfort, convenience and complacency. In order to oppose this new gospel, Blessed John Paul II, accentuated in the Third Luminous Mystery, the fact that the proclamation of the Gospel necessarily included the call to repentance – and not merely a repentance based on sad feelings, but one based on the integrity of the whole truth of God and on sincere contrition for having offended Him so grievously.
Evangelization is impossible without repentance. And one area of the Church’s life, which is seriously in need of repentance, is the tendency to uncritically embrace the secular premises and language of the Culture of Desecration and Death in order to convey the sacred truths of our Catholic Faith. Over the years, an Orwellian Newspeak imposed by the unholy trinity of secularism, relativism and hedonism has systematically desecrated our language. For example, there has been a strong tendency to affirm that the truth of God cannot be incarnate in specific doctrines and disciplines, but only indicated. Thus the proclamation of both the centrality and the necessity of God Incarnate, Jesus Christ, for our salvation has been downplayed. Instead of proclaiming Christ Jesus as Savior and Lord of all, we have been urged merely to propose that people seriously evaluate certain “Gospel principles”. And even these principles have been degraded by avoiding references to objective virtues, to which we all are going to be held accountable. Instead, we have tended to accentuate “shared values”, which are carefully nuanced to appease the demands of political correctness and perverse lifestyles. 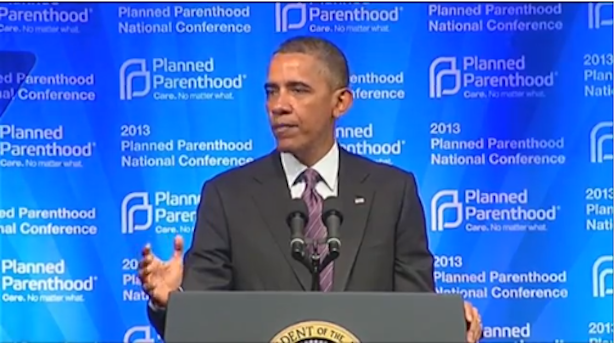 The Newspeak also has degraded our ability to appreciate the core dynamic of salvation. I was shocked when even one pope seemed to uncritically affirm the agenda of evolution, by affirming that evolution was more than a theory. Whereas the Church has consistently taught that all of us, both personally and communally, are called by God to share in His life through Jesus Christ, the current tendency is for Church leaders to affirm that the process of human development is not guided by evocation, but rather by evolution. Yet, if God is love, and salvation necessarily involves participation in both the mystery and the ministries of divine intimacy, how is it that we can teach that we evolve into salvation? True intimacy can only exist when there is an invitation, or call, by the beloved, whose whole being is open to communion.
People do not evolve into conjugal intimacy. Yet it seems that we are becoming increasingly addicted to using the Newspeak of evolution and self-fulfillment to explain some of the most profound and sacred mysteries of our Faith. Although it is possible to survive by entering into relationships that are merely symbiotic or parasitic, the integrity and joy of authentic humanity can only be realized by accepting the invitation to share in the mystery and the ministry of covenantal love.
In addition, the theory of evolution tends to deny objective morality. Since survival, rather than integrity, is the central guiding principle of evolution, morality can be, at best, a useful tool. But it cannot be a foundational principle for human development. Thus, in endorsing evolution as a valid scientific principle for human development, Church leaders must necessarily acquiesce to the legitimacy of moral relativism and situational ethics. Since evolution insists that survival, rather than integrity of life, is core standard for making ethical decisions, a whole host of sins have become sanctified by our secular society – but only in certain circumstances, of course. In this mindset, even violations of civil and criminal law are not viewed as objectively wrong – just so long as one is careful enough not to be caught or, minimally, to maintain plausible deniability. Thus it is that any evangelization poisoned by the premises of evolution can ultimately only bear the fruits of perversion and promiscuity.
Another example of the perverting influence of Newspeak is the tendency of many Church leaders to present the magisterial teachings of the Church as “the official teaching of the Church”. Sad to say, even the poorly educated know that “official teachings” come from bureaucracies. But authentic teachings come from the Holy Spirit of God. Why then do we continue to degrade the authoritative teachings of the Church in a way that leads people to view these teachings as authoritarian? The fruit of this capitulation to the secular view of Church leaders as merely a stagnating bureaucracy clinging to archaic ideas and rigid rituals is increasingly obvious.

As Church statements forsake sacred language in order to cater to relativism, and as Church praxis continues to capitulate to demands that she become adept at adapting to and adopting the premises and practices of secular society, what else could we expect? Is it any wonder that officials at HHS thought they were merely (and perhaps even “prophetically”) helping Church leaders to evolve in their understanding of the deeper meaning of social justice? As indicated above, if survival, rather than integrity, is the basic principle of life, is it not the loving thing to help the Church to survive? After all, in order to appease addictions to comfort, convenience and complacency, Church leaders have already de facto eliminated the Eucharistic fast, turned Lenten discipline into an optional practice, downgraded holy days of obligation and even moved Ascension Thursday to Sunday. And the Vatican itself pulled the reins on Cardinal O’Boyle in 1968, when he took steps to stop theologians, who were dissenting against the authentic teachings on conjugal love proclaimed in the encyclical, Humanae Vitae.
Thus it was that the “supremacy of conscience”, which was based on the demands of expediency rather than fidelity to the Truth, became both normal and pastorally normative in the lives and moral decisions of so many Catholics. As I stated above, all the above points out the need for the New Evangelization to be preceded by a very careful and discerning examination of conscience by all in the Church. And this examination must go below the surface and discern where we have been seduced into accepting the perverted vocabulary, language, perspectives and premises of the Culture of Death. Then, through the graciousness of God, sincere and humble repentance will open the door to Christ. Only then, will we be able to witness anew, with Our Most Blessed Mother, how God, Who is mighty, is doing great things for us and through us.
Spero columnist Rev. Fr. Thomas Collins is a Catholic priest who serves the people of Virginia.