Debate about Bill de Blasio, a Democrat running in New York City’s mayoralty race, has stirred the water in the biggest American city due to revelations of his past as a leftist who supported Nicaragua’s Marxist Sandinista movement. In 1989, when he was 26, de Blasio traveled to Nicaragua to distribute food and medicine while the Sandinista government, which was supported by Cuba and international Marxists, was battling the insurgents who relied on support from the United States.  His Republican opponent, Joe Lhota, has denounced de Blasio for his Sandinista affiliation.
His idealism was typical for his age at the time. He opposed foreign wars, the Reagan administration’s missile defense system, and South Africa’s apartheid government. According to a report by the New York Times, the width and breadth of his Marxist convictions and political activity was significant but glossed over on his official campaign website. “My work was based on trying to create a more fair and inclusive world,” said de Blasio in a recent interview. “I have an activist’s desire to improve people’s lives.” Both of his parents were political activists. His mother, who worked at the Office of War Information in New York during the Second World War, was accused of being a Communist for attending a concert featuring a Soviet band.
In its report on de Blasio’s halcyon Sandinista days, the New York Times wrote “…a review of hundreds of pages of records and more than two dozen interviews suggest his time as a young activist was more influential in shaping his ideology than previously known, and far more political than typical humanitarian work.”
During the Reagan administration, Cuba joined with the Soviet Union in providing aid and military materiel to the Sandinista government. The Soviet Union provided tanks and helicopters and small arms, while Cuba provided expertise in intelligence and other areas. At the same time, governments in Guatemala and El Salvador were engaged in bloody civil wars that piqued fears within the U.S. national security apparatus of a Marxist takeover of the entire Central American isthmus. 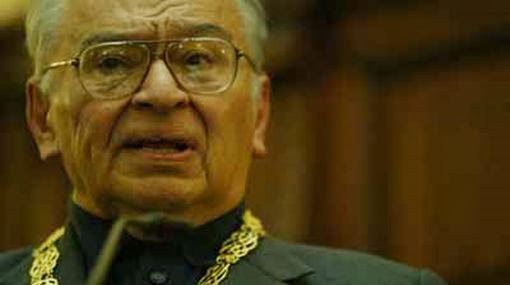 (Fr. Gustavo Gutierrez)
Debate in Congress and the public raged, being rivaled only by the civil rights and anti-war movement of the 1960s. The Sandinista government was accused of systematic human rights abuses, which was often glossed over by its supporters in the U.S. and Europe.  Thousands of supporters of the Sandinistas, such as de Blasio, formed on university campuses and staged sit-ins of Congressional offices and sought to bring an end to U.S. support of the so-called ‘Contras’ who were fighting against the Sandinistas.
In the 1980s, de Blasio helped raise funds for the Sandinista government, which had been denounced as murderous and tyrannical by the U.S. government. He organized the shipment of millions of dollars worth of food to Nicaragua. He subscribed to the Marxist newspaper, Barricada, and in 1990 he said he was an advocate of “democratic socialism.” This was at a time when thousands of Americans and Europeans went to the Central American nation and earned the sobriquet of “Sandalistas” for their idealism and for what they saw as an effort to create a more just society. Working at a health clinic in Nicaragua, de Blasio saw a map used by doctors to pinpoint the location of every family in the town of Masaya as part of an immunization program. It was in the map that de Blasio said that he saw what a  robust government can do.  “There was something I took away from that — how hands-on government has to be, how proactive, how connected to the people it must be,” he said.
However, de Blasio now describes himself as a progressive who wants to reduce income inequalities by offering greater assistance to the poor while imposing greater taxes on the wealthy. He has said that his experience with the Marxist Sandinistas brought him to the view that government should protect and enhance the lives of the poor.
De Blasio was unapologetic about the New York Times’ characterizations of his political leanings. He said that voters should realize that he is a “consistent progressive with a very strong activist worldview and someone who wants to make substantial change to this city.” While candidate de Blasio said that he is one part New Deal Democrat, he also partly a European Social Democrat and “very deeply influenced by liberation theology, which I learned a lot about in the years I worked on Latin America.” 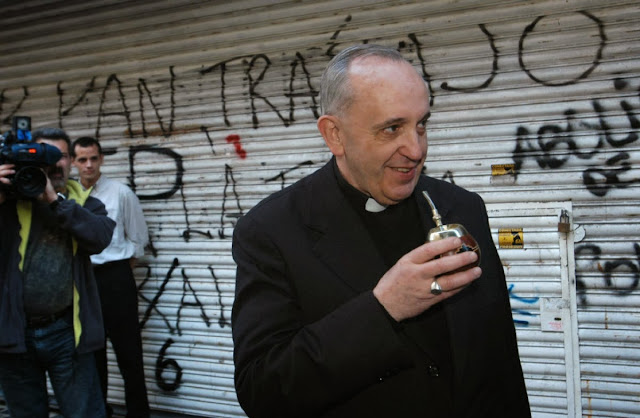