Amidst the absolute mess regarding the partial federal government shutdown over Democrats refusal to secure our southern border comes another murder of a police officer.

While Senators Kamala Harris, (D-CA) and Chuck Schumer, (D-NY) belligerently demand no border wall for President Trump, Ronil Singh, a native of Fiji who came to the U.S. to dedicate his life to public service and became a Merced County, California sheriff and then Newman, California police officer, was shot and killed the day after Christmas in this sanctuary state.

Captured Friday, authorities have indicated they knew who he is, and that he was in the country illegally.

According to the Government Accounting Office (GAO), in FY 2009 some 227,600 criminal aliens were incarcerated in U.S. prison and jails, representing 40 percent of the incarcerated, and a 25 percent increase just since FY 2003, a mere six-year period.

According to the State Criminal Alien Assistance Program (SCAAP), that number is 295,959 incarcerated criminal aliens.

The GAO study reflected numbers that are both outrageous and alarming, to say the least.

In Arizona, for example, 240 criminal aliens were incarcerated for homicide-related offenses by the end of 2009. The Pew Research Center estimated that there were approximately 350,000 illegal aliens living in Arizona in 2009. These figures reflect a yield rate of 68.57 incarcerated criminal illegal aliens per 100,000 citizens and legal residents in the state.

In California, the nation’s most populous state, there were 28,030 inmates incarcerated for first and second-degree murder, manslaughter, and vehicular manslaughter. Of that, 2,340 were illegal aliens. This reflects a 97.2 rate per 100,000 illegal aliens, and a 74.1 rate for citizens and legal residents. 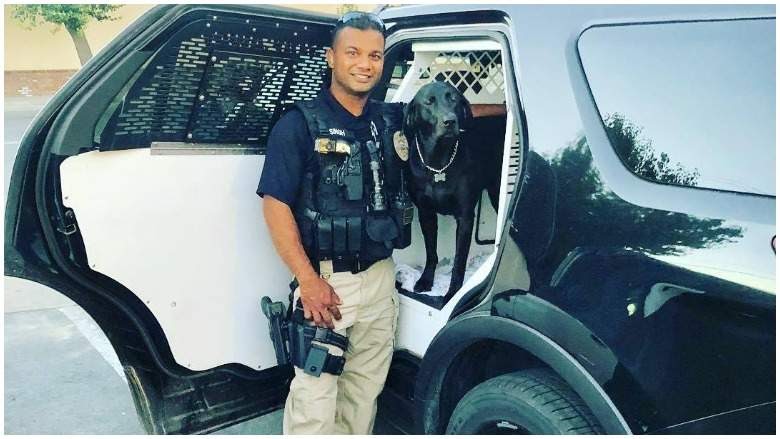 In Florida, 12,684 people were incarcerated for murder and manslaughter offenses. Approximately 480 were illegal aliens, with the state’s total population approximately 18.8 million, with 875,000 illegally in the state. This reflects a rate of 54.85 per 100,000 illegal residents and 67.8 citizens and legal residents.

In an attempt to reach Senators Feinstein, Schumer and Harris, I was unable to even leave a voice mail for Schumer or Harris, with a Joanne in Senator Feinstein’s office promising she would pass along my request for a statement regarding the murder of Officer Singh, as well as a request as to exactly why she and her Democratic colleagues are opposed to protecting our southern border from illegal entry.

I find it outrageous that Democrats in both the House and Senate can ignore this serious problem. How many Americans must die before politics and votes, the votes of Hispanics, legal and illegal, take a back seat to the safety of the public at large?

Government’s most important function is that of protecting its citizens. It is here that government fails miserably.

Take for example the following:

On May 6, 2017, Ingrid Lake was on her way home from Disneyland when her car was struck by a drunk driver, one Constantino Banda Acosta, an illegal alien who had been previously deported more than 15 times.

On April 27, 2002, Ronald da Silva was standing in his driveway when he was shot and killed by an illegal alien who had previously been deported.

Tessa Thranchant , 16, was sitting with her friend, Ali Kunhardt, at a stop light when Alfredo Ramos, an illegal alien from Mexico, while intoxicated, was speeding and rear-ended Tessa’s car, killing her. Ramos had a history of conviction, however, due to Virginia Beach’s sanctuary  policies, Ramos was never detained or handed over to ICE.

Eswin Mejia, an illegal from Honduras, who, while street racing, rear-ended Sarah Root from Omaha, Nebraska. Root, had graduated from Bellevue University with a 4.0 GPA. Omaha, which is in Douglas County, Nebraska, has sanctuary policies in place that continue to impede local law enforcement’s ability to cooperate with federal authorities in illegal immigration.

Igor Zubko, an illegal alien from Russia, killed Shayley Estes on July 24, 2015, breaking into her home, fatally shooting her. Zubko had entered the country legally, however, overstayed his VISA, like thousands of other aliens.

Drew Rosenberg, a 23-year-old second-year law student from San Francisco, was run over three times while on his motorcycle by Roberto Galo, an unlicensed driver from Honduras who had received temporary protective status (TPS) from the Obama Administration. Galo was convicted of vehicular manslaughter, sentenced to 6 months in jail, and was released after serving a mere 43 days in custody. Following the government’s refusal to deport Galo, Rosenberg’s family’s pressure eventually led to Galo’s deportation. Another case of the public doing government’s job.

On January 22, 2015, Apolinar Altamirano, and illegal alien from Mexico, murdered Grant Ronnebeck, 21, in Mesa, Arizona. Altamirano, who while out on bond and was being reviewed by ICE for possible deportation on a previous conviction, killed Ronnebeck over a pack of cigarettes.

In August, 2017, Martel Valencia-Cortez, a human smuggler from Mexico, was sentenced to eight years for assaulting a U.S Border Patrol Agent with a rock. He was also charged with three counts of human smuggling.

Also in August, 2017, Lidia Quilligana, an illegal alien from Ecuador, serving as a nanny, was sentenced to fifteen years in prison for the brutal torture of three small children. Video footage showed Quilligana burning the hands and legs of a three-year-old child, grabbing her hair and hitting the female child in the face. The District Attorney described the torture as “sustained and depraved cruelty”.

In May, 2017, Edwin Velasquez Curuchiche, and illegal alien was sentenced to fifty years in prison for producing child pornography. He had filmed himself molesting a six-year-old girl while she slept. Because of sanctuary policy, he had been released into the country while waiting for a decision on his legal status. He never showed up for his immigration hearing.

These are but a few of the horror stories that the left refuses to address, choosing to continue their claim that the vast majority of those who enter the U.S. illegally are productive individuals, some of whom falsely claim asylum.

All of what I’ve described here doesn’t address another major issue directly related to illegal immigration – which is the astronomical costs to the American taxpayer.

This country spends literally billions on all facets of illegal immigration, from welfare to food stamps, to health care to public education.

If the public had any idea of how much more of their paychecks they could take home if they weren’t covering these horrendous costs for people who aren’t even supposed to be in the country, they’d kick every Democrat out of office tomorrow.

In California, for example, there have been estimates of upwards of $23 billion last year alone spent on illegal aliens in the state. We don’t even have 23 million people in the state. Just give everyone a million dollars and be done with this farce.

I hope President Trump sticks to his demands for a wall and border security. The same democrats in the House and Senate that are on record supporting a closed border are now simply after both President Trump and votes.

They are after the President because if he continues to be successful in “making America great again”, they will be out of power for some time.

They are after votes because they know the more they cater to illegal aliens, the vast majority of which are Hispanic, the more they stand to regain power and keep it.

President Trump, with his America first approach, has been successful in virtually wiping out ISIS; restoring the economy not seen since the Reagan and JFK days; his policies directly affording the country record GDP growth, given all of America the biggest tax cuts since JFK I the 1960’s; restored the faith of our allies across the globe; and been responsible for the highest public confidence in decades.

While other presidents promised, President Trump delivered. He is not merely ‘making America great” again. He is making it safe again. Closing our border will do just that.