With all the attention the national debate between socialism and capitalism is getting, a new book has arrived on the scene that casts valuable perspective.

The book is "Late Bloomers: The Power of Patience in a World Obsessed with Early Achievement," written by Forbes Magazine publisher Rich Karlgaard.

Karlgaard takes on the cult of youth that is capturing so much of our popular culture, particularly on the left.

He reminds us in this important book that life is about learning, accumulation of wisdom, self-renewal and, in the best cases, prevailing against adversity. These are all the fruits of age and experience.

A late bloomer, says Karlgaard, is "a person who fulfills their potential later than expected; they often have talents that aren't visible to others initially. The key word here is expected ." And he goes on to tell stories of individuals who faced frustration and even disillusionment in their youth and went on to great achievement later in life.

This, in contrast to "early bloomers" — personalities such as Facebook founder Mark Zuckerberg who, at age 23, was the youngest self-made billionaire to ever appear on Forbes Magazine's billionaire list.

But what is missed by those who look with awe at these youthful achievers is that the most important lesson to be learned is often the exact lesson that is missed.

That lesson is that youthful success should be taken with humility and gratitude, because it is the product of natural gifts and good fortune.

The late bloomer, on the other hand, who struggles to find his or her way, who has the character to transcend disappointment, build anew and, in the end, accumulate valuable wisdom is the model in life who should get far more attention than is afforded in our culture. 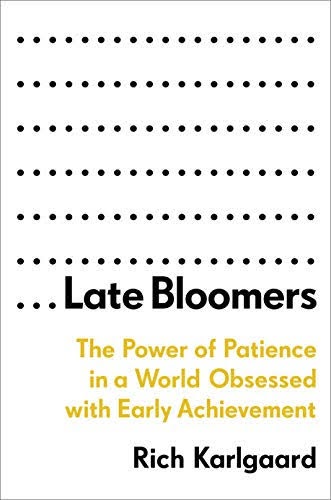 What lessons lie here for the socialism vs. capitalism debate?

Just as the individual early bloomer benefits from natural gifts of talent and circumstance, similarly, the youth of the nation inherit the bounty that is the result of the work of previous generations.

We have a good example in energy.

In the 1970s, everyone thought the world was running out of oil. Then-President Carter declared a national energy crisis and in 1977 established the Department of Energy.

There was great concern about both diminishing supplies of what was thought to be a limited natural resource and U.S. dependence on foreign oil imports.

But today, the United States is producing more oil and gas than it ever has in history. This all thanks to technological innovations having everything to do with the creativity of free individuals and nothing to do with government and politics.

The U.S. is now projected to be totally energy independent by next year.

There is also a lesson here about planning.

Socialists would have us believe that good planning can solve all our problems.

But the best planning in the world cannot eliminate life's uncertainties, and planning can never create the individual character needed for self-renewal to deal with these many unforeseen challenges.

This is only possible through the combination of a free economy and individuals of character.

The left-wing youth culture that is coming to dominate the Democratic Party and discourse at our public universities is dismissive of alternative insights coming from those with gray hair. Doing so eliminates a core strength of the nation.

Rich Karlgaard has done a great service by reminding us of the central importance of our nation's late bloomers and how self-renewal at both the individual and national level is key to our future.

And further, that this is possible only when our society remains free.

Star Parker is an author, nationally syndicated columnist, and founder and president of CURE. You can contact her at StarParker.com.