An illegal immigrant living in Houston was arrested by police and charged with murdering Maria Gonzales last August after stabbing her 12 to 14 times in front of her children.

The suspect, Estanislado Alvarez-Hernandez, 26, was caught months after witnesses said they saw him fighting with Gonzales and fleeing her apartment in Houston.

Alvarez was arrested and later indicted on federal charges of alien in possession of a weapon in May 2017. When he failed to appear in court later after making bond, an arrest warrant was placed on him.

The timeline of Alvarez's crimes grew when a police officer arrested him on charges of super aggravated sex assault of a child on December 23. The shift became publicly apparent after court documents revealed the suspect allegedly kidnapped a 12-year-old girl and sexually assaulted her. During the course of their investigation, the girl told investigators that Alvarez told her that he killed a woman and left her in a pool of blood in her residence

Estanislado Alvarez-Hernandez is charged with murder, possession of a gun as an alien, assault with a gun, failure to appear at court, kidnapping and sexually assaulting a 12-year-old girl.

On Wednesday, officials charged Alvarez with murder. Investigators said there could be more underage sexual assault victims and ask the public for any information.

After Alvarez's arrest in December, the US Marshals and Immigration and Customs Enforcement each placed a hold on him. Court documents listed the suspect's citizenship status as uncertain.

Houston's chief of police Art Acevedo, a Democrat, fought US and Texas officials to stop police departments from halting police officers from asking the immigration status of those they arrest. Acevedo said the Texas law known as SB4 that was passed in May 2017 "undermines law enforcement." Texas law encourages, but does not require, police officers to ask for the immigration status of those they stop. The law requires Texas jails to comply with detainer requests from federal immigration authorities. 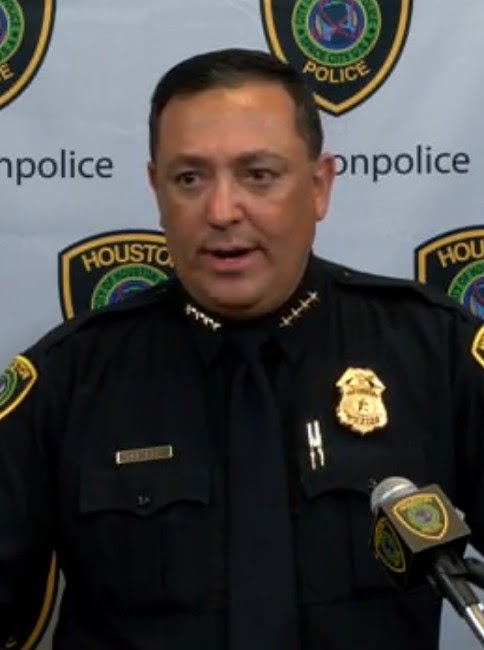 Acevedo boasted to the media that his office does not require officers to ask for the immigration status of anyone. In an interview to the Houston Chronicle a year after Texas passed its anti-sanctuary city law, Acevedo proclaimed that police only asked five times for the immigration status of anyone. "The Legislature is not going to decide the priorities of the people of Houston, or of the Houston Police Department," he said. In the interview he continued that Democrat Houston Mayor Sylvester Turner "appropriately, wants us to focus on crime, not be ICE agents."