A single patriarch is father to half of modern European men

In a study published in the journal Nature Genetic, authors of a study of genetics contend that a man who lived 4,000 years ago was the patriarch of several elites that became the ancestors of half the men in Western Europe. In an article published by the London Telegraph, researcher Chris Tyler-Smith said "Half of the Western European population is descended from just one man. We can only speculate as to what happened," about what was an explosion in reproduction in prehistoric Europe in the Bronze Age. "The best explanation is that they may have resulted from advances in technology that could be controlled by small groups of men.”
Tyler-Smith suggested some explanations for how a small elite, formed by a “king” and nobles, had such an out-sized effect. “Wheeled transport, metal working and organized warfare are all candidate explanations that can now be investigated further," Tyler-Smith said. 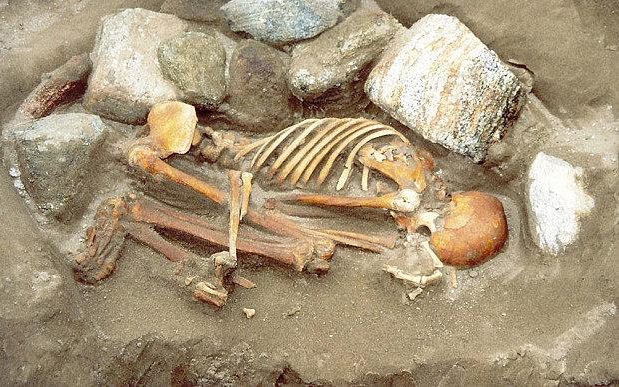 The study also found that throughout history, there have been several mysterious population explosions of men, making for uneven human growth over the last 50,000 years. The Y chromosome is only passed from father to son, making it possible to track how men are related to each other and chart growth over millennia.
The study suggests that the pre-historic European monarch may have been one of the earliest chieftains to take power on the European continent. Siring progeny whose chromosomes are found among Europeans today, this patriarch was probably part of a new order of things in Europe that swept away the earlier Neolithic era, replacing egalitarian societies with hierarchy in which nobles held sway. This power over others would have been brought about by the metallurgical arts and wheeled transport, as well as organized warfare.
The identity of this Ur-man is not known, nor where he lived. However, scientists contend that he must have existed because of the evidence that they have found in the genetic variation found among modern Europeans. Tyler-Smith said that one of the most notable findings in the study is the periodic population explosions among prehistoric males at specific times. He concluded that there was a population explosion over just a few generations. While genetics cannot say why these explosions happened, said Tyler-Smith, but it is known that “a tiny number of elite males were controlling reproduction and dominating the population.”
Studying the genomes of people across the world can show how populations have spread. A study published in 2015 in Nature by researcher David Reich found evidence in DNA taken from the bones of 69 ancient burials found that herders entered Central Europe from further east, showing origins in the Middle East.
The study led by Tyler-Smith analyzed sequence differences between the Y chromosomes of more than 1,200 men from 26 populations around the world using data generated by the 1000 Genomes Project. The Y chromosome is only passed from father to son. There for it is wholly linked to male characteristics and behaviors. Mutations reveal which populations are related to each other and how far apart they are genetically in order to reconstruct a family tree. According to Dr Yali Xue, the study’s lead author, the pattern they found showed “an explosive increase in the number of men carrying a certain type of Y chromosome, within just a few generations. We only observed this phenomenon in males, and only in a few groups of men.”
The genetic relationships found by the researchers indicate that parts of the family tree appear to resemble a bush, instead of a tree, because many branches originate at the same point. 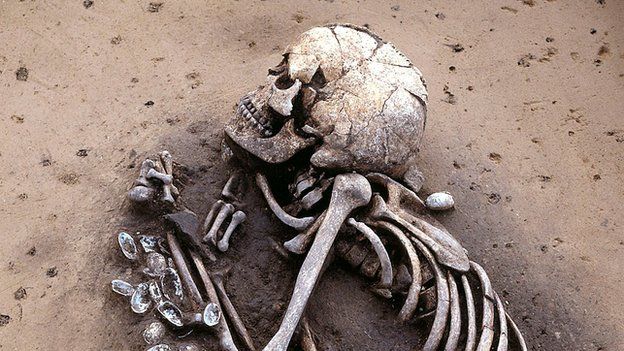 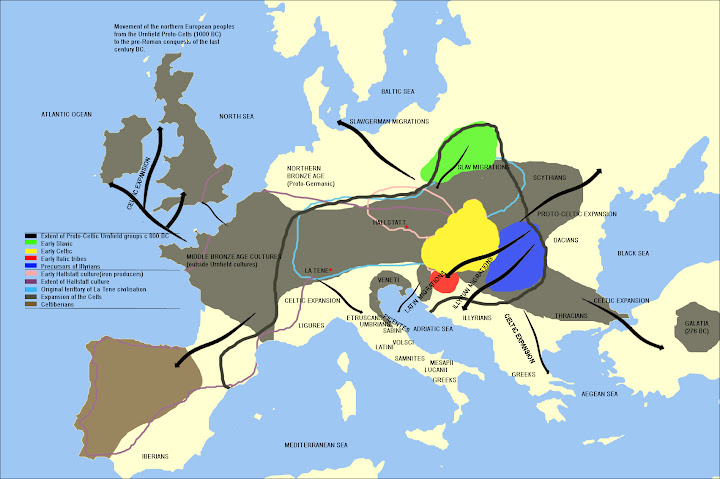 Migration routes of ancient Celts
In the study published last year by David Reich, DNA analysis revealed evidence for the massive migration into the heartland of Europe 4,500 years ago. Data from the genomes of 69 ancient individuals suggest that large groups of herders migrated from the eastern periphery into Central Europe. These migrants may be responsible for the expansion of Indo-European languages, which make up the majority of spoken tongues in Europe today. Indo-European languages include the following branches: Albanian, Armenian, Balto-Slavic, Celtic, Germanic, Hellenic, Indo-Iranian, and Italic.
Reich and colleagues extracted DNA from remains found at archaeological sites around the continent, showing that 7,000-8,000 years ago, a closely related group of early farmers moved into Europe from the Near East. Despite being distinct from the indigenous hunter-gatherers they encountered, the newcomers intermarried within so that by 5,000-6,000 years ago, the farmers' genetic signature had become melded with that of the indigenous Europeans.
The genetic complexity of modern Europeans indicated that a third component had been added. Reich  and colleagues have now identified the Bronze Age Yamnaya herders of southern Russia as a likely source for this third genetic component.  Examining burials in mounds known as ‘kurgans,’ the scientists argue that a group similar to the Yamnaya moved into Central Europe after the invention wheeled vehicles. While they contributed about 50% of ancestry in some modern north Europeans, the peoples of southern Europe less affected. 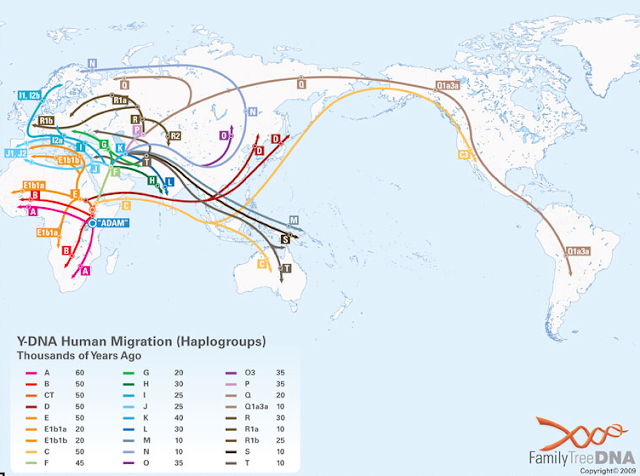