How Islamists set the stage for the Orlando Massacre

The stage was set for the types of attacks we saw in Orlando a long time before the Islamic State (ISIS/ISIL) showed up. Gays, just like Jews, are commonly scapegoated as vile, sin-bearing creatures whose mere presence decays societies.
The stigmatizing of homosexuals inevitably leads to mistreatment and violence towards them, and we should not make the mistake of assuming this problem begins and ends with ISIS.
Here are five ways that Islamists created the conditions for the Orlando attacks to happen even before ISIS was born:
1) Supporting the Execution of Gays by Sharia Authorities
All of the significant Muslim organizations in the West will condemn the attacks in Orlando, but it is simply not enough. Mainstream Islamic texts and preachers may not call for individuals to execute and punish suspected gays, but they do support having an Islamic state based on sharia doing it. Their issue isn’t with killing gays; it’s with who gets to kill gays.
If you believe that a sharia-based government should execute gays, then it doesn’t take much for you to harm gays. All you need is an excuse to match that instilled hatred with action. At the very least, if you are convinced violent jihad is permissible, you’ll make them one of your top targets.
This viral video has footage of a visiting imam speaking at the Husseini Islamic Center in Sanford, Florida arguing that it is “compassionate” to execute homosexuals, saying, “Let’s get rid of them now.”
Another example is Muzammil Siddiqi, the chairman of the executive council of the Fiqh Council of North America, which is a section of the Islamic Society of North America (ISNA), a U.S. Muslim Brotherhood entity as identified by the Justice Department. ISNA is the Obama Administration’s top Muslim outreach partner.
Siddiqi said in 2001 that he opposes attacking homosexuals but supports sharia states that execute them. He said it is impossible to be Muslim and gay, which means that any gay person identifying as a Muslim is an apostate. That is a death sentence according to the top sharia authorities. 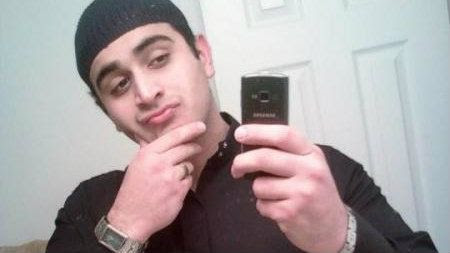 2) Promoting Incendiary Texts
Muslims trust that their mosque’s library and the reference page in studies are full of credible sources. If a text supports killing gays, it does not belong. It should only be used in a class with the purpose of refuting the author.
For example, an authoritative manual on sharia titled Reliance of the Traveler endorses killing or brutality towards homosexuals (such as stoning, exile and whippings) at least three times. It is certified by Al-Azhar University, the most prominent Sunni school of learning and endorsed by the International Institute of Islamic Thought (IIIT), a Muslim Brotherhood entity based in Virginia.
Those who give authority to Muslim Brotherhood spiritual leader and suspected Hamas financier Yousef al-Qaradawi also bear responsibility. He preaches in favor of executing homosexuals and said that a gay prince in Qatar should be stoned.
It isn’t hard to search a website’s content for extremist content. There have been many occasions where I’ve seen Muslim organizations and mosques link to the now-defunct OnIslam website, whose purpose is to act as a database for answers to tough questions.
In 2014, OnIslam answered a question about homosexuality by affirming that “the punishment for men or women who are unwilling to give up homosexuality and therefore are rejecting the guidance of Allah Most High is in fact death according to Islam.”
3) Giving a Platform to Radical Clerics
Islamists who do not directly endorse laws that punish homosexuals but put Islamist radicals on a pedestal are not free from blame.
A radical Syrian cleric was granted entry into the U.S. in 2014 with a known history of supporting the execution of gays, among other extremist beliefs like supporting suicide bombings. He went on a speaking tour across the country that was co-sponsored by the Syrian American Council.
His extremism is easily searchable on the Internet. There’s no excuse for putting him in front of audiences as someone whose preaching should be learned from. If you want to raise money for victims of the Syrian civil war, find someone else.
4) Presenting Homosexuals as Vermin
Islamists who do not endorse violence or punishments of homosexuals but dehumanize them bear responsibility for the inevitable fruits of that dehumanization. If you preach that a group of people are rodents responsible for the worst problems in the world, then obviously listeners will treat them like rodents.
There are religious communities who disapprove of homosexuality and same-sex marriage. Members of these communities can believe someone’s lifestyle is not ideal, but love them regardless without supremacism.  After all, none of us lead an ideal life.
Then there’s bigoted scapegoating by Islamists who seem to talk about homosexuality more than actual homosexuals. An example is Warith Deen Umar, a radical cleric, who once oversaw Muslims chaplains in New York’s prison system. Umar blamed gays for Hurricane Katrina at an Islamic Society of North America conference.
Here’s another example: Pakistan-based Sheikh Gillani (who is the spiritual leader of a U.S.-based group named Muslims of the Americas) declared that the Supreme Court ruling legalizing same-sex marriage is "the blackest day in the history of mankind" that will result in Allah’s destruction of Western society. He also called for a “social boycott” of all those who do not oppose the Supreme Court ruling.
How would you treat a group of people that you believe are responsible for “the blackest day in the history of mankind?”
5) Blocking Islamic Reform
As soon as news of Islamist responsibility for the attacks broke, the American-Islamic Forum for Democracy unequivocally stood against bigotry towards homosexuals in any form and thanked the LGBTQ community for standing by Muslims who face discrimination and hatred.
And the anti-Islamist Muslim group went further, saying, "We Muslims must triple down on acknowledging the deep reforms necessary and the responsibility of every Muslim in countering the ideologies that inspire these Islamist savages.”
The fact is that anti-gay hatred is in the mainstream of the Muslim world. It’s endorsed by top religious authorities. It’s in the media and mosques without backlashes happening.
It’s popular--which is why a glory-seeking jihadist like Omar Mateen would pick a gay club as a target. Or, for that matter, Ali Muhammad Brown (who murdered two gays in Seattle in 2014) or Musab Muhammad Masmari (who tried to burn down a gay club on New Year’s Eve that same year).
One 2009 survey found that 61% of British Muslims want homosexuality to be illegal.
Again, it is not enough for Muslim leaders to condemn the attacks. That does nothing to address the underlying ideology that says homosexuals are evil and worth of death.
In the wake of the attacks in Orlando, they must not only condemn that line of thinking—they must attack it ideologically and aggressively promote alternative interpretations in the Muslim community in the West and around the world.
And until that happens, attacks like what we saw in Orlando will continue to happen. The only question will be who takes credit.
Ryan Mauro writes for the ClarionProject.org, where he is a national security analyst.