Did White House tweet video of Air Force One over North Korea?

A video tweeted by the White House in November has been analyzed to reveal what appears to be Air Force One flying over the landscape of a North Korean city. The video included a montage of events during Trump’s 12-day Asian tour where he visited Japan, South Korea, China, and other countries.

On a political discussion internet forum, 4chan, a contributor posted a photo of the landscape from the tweeted video. Paired with it was a Google Earth view of a strikingly similar place, which included the latitude and longitude coordinates for a location in the northwestern region of North Korea, near the country’s border with China. The coordinates noted in the 4chan image are: 40° 00'51.93"N and 126° 13'26.59"E.

The image uploaded to 4chan read: “On November 14, 2017, Donald J. Trump tweeted a video montage of his Asia tour. In that footage was a short clip taken out the window of an airplane, presumably Airforce 1, over a mountainside.” It added, “The image, when reversed exactly matches a site … identified as ‘the White Rabbit’" near Hyangsan, North Korea.

During Trump’s visit to Asia in November, there was no report that he met with North Korean leader Kim Jong-un during his travels, nor that Air Force One may have flown over North Korea. Commercial airline flights do cross into North Korea’s airspace, but they are typically flights from China to the totalitarian country.

The Hyangsan region has been developed as a tourist destination, and has a large luxury hotel. There is also an airport, which according to the post was completed in 2015.

Image below via 4chan 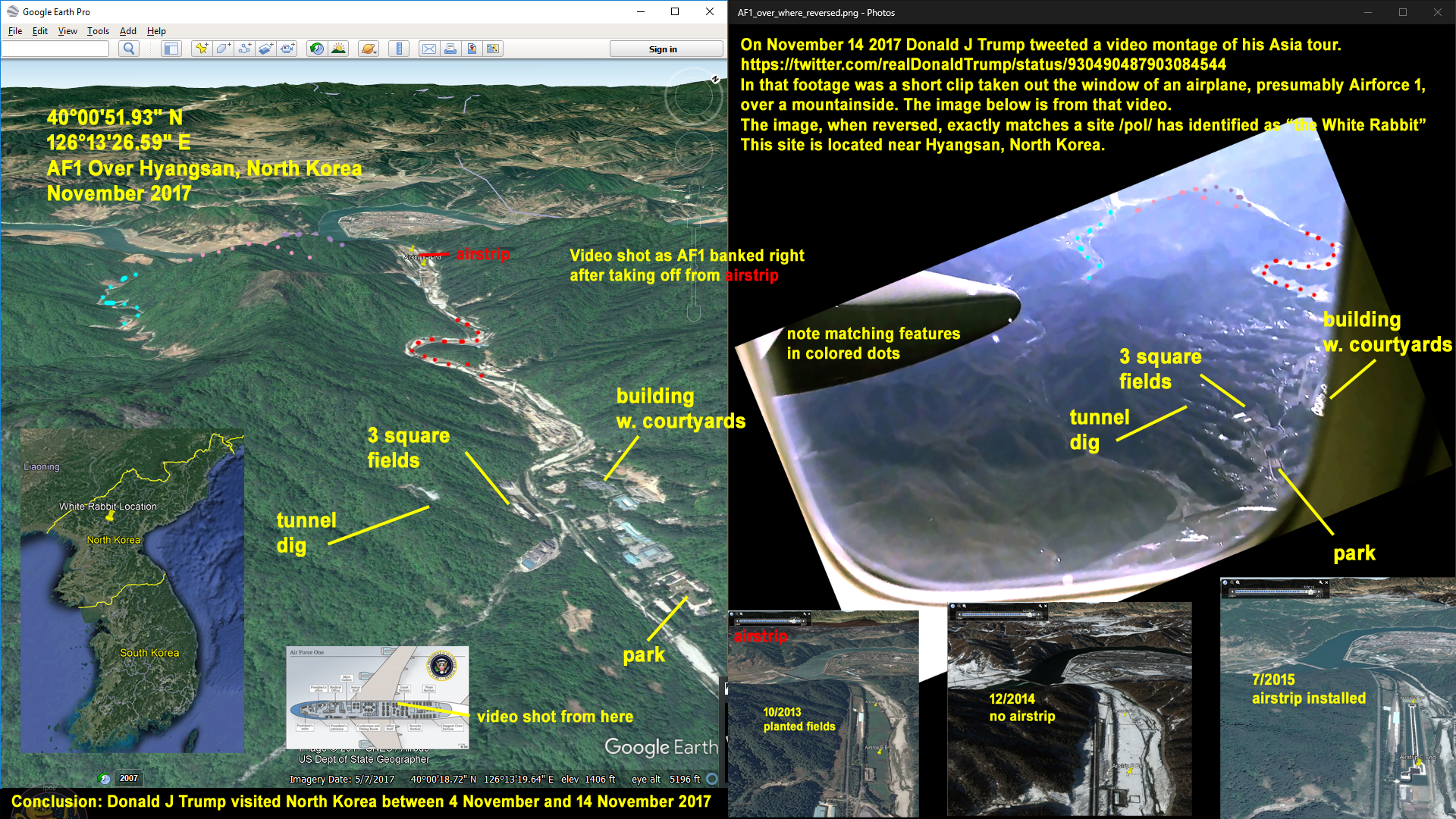 During the 12-day tour of Asia, Trump tweeted that even though Kim had called him “old,” he would never call Kim “short and fat.” After attending the Asia-Pacific Economic Cooperation summit in Vietnam, Trump wrote: “Why would Kim Jong-un insult me by calling me ‘old,’ when I would NEVER call him ‘short and fat?’ Oh well, I try so hard to be his friend – and maybe someday that will happen!”

In March, however, Trump accepted an invitation from Kim, brokered by South Korea, to discuss the regime’s nuclear and missile program. South Korean officials credited Trump for making the breakthrough possible. In April, the leaders of South Korea and North Korea met at the line dividing the two sectors, which have yet to sign a peace treaty. The summit meeting of Trump and Kim was scheduled for May or June.

However, President Trump released a letter he had written to the North Korean leader, cancelling the summit. Trump wrote that he was "very much looking forward to being there with you.” He added, “Sadly, based on the tremendous anger and open hostility displayed in your most recent statement, I feel it is inappropriate, at this time, to have this long-planned meeting." Trump went on to say, "You talk about your nuclear capabilities, but ours are so massive and powerful that I pray to God they will never have to be used." 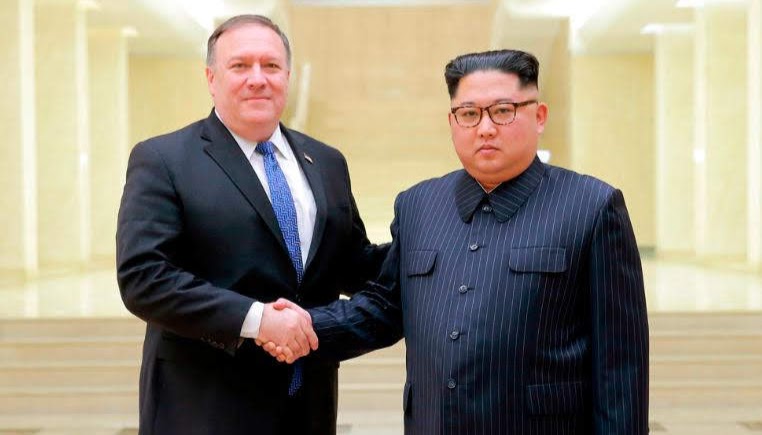 But in another surprising move, Trump suggested on Friday that the summit may still be in the works for June 12, which was the date originally announced for the meeting. Preparing the way was Secretary of State Mike Pompeo, who had an unheralded meeting with Kim in Pyongyang on May 8.

The photo referenced above is found in the video below at 36 seconds.